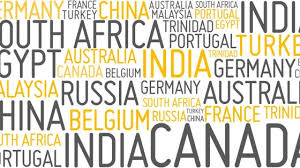 Join us on Zoom for now to discuss recent works written by foreign authors. Expand your literary sensibilities! If you're interested, click on the registration link below to receive an invitation with the joining link to participate. We generally meet every third Wednesday evening of the month. Please either order your books here online or call the store at 435-619-8200 to special order copies, paying in advance. (If you are interested in some of our past titles, scroll down to the bottom to access PDFs of lists from prior years.)

REGISTER ONCE TO BE ABLE TO ACCESS ALL THE MEETINGS HERE.

JANUARY (Northern Europe) – Kalmann by Joachim B. Schmidt (Iceland) | Mystery | 352 pgs. | $16.95 - In this atmospheric thriller laced with humor (an Icelandic Fargo), Kalmann Odinsson is the self-appointed Sheriff of his town. Day by day, he treks the wide plains which surround the almost deserted village, hunts Arctic foxes and lays bait in the sea -- to catch the gigantic Greenland sharks he turns into the Icelandic fermented delicacy, hákarl. There is nothing anyone needs to worry about. Kalmann has everything under control. Well, almost.

FEBRUARY (Africa) – Homegoing by Yaa Gyasi (Ghana) | Fiction | 320 pgs. | $16.95 – Ghana, eighteenth century: two half-sisters are born into different villages, each unaware of the other. One will marry an Englishman and lead a life of comfort in the palatial rooms of the Cape Coast Castle. The other will be captured in a raid on her village, imprisoned in the very same castle, and sold into slavery. This NYT Notable Book was one of Oprah’s Best Books of the Year and a PEN/Hemingway award winner. It follows the parallel paths of these sisters and their descendants through eight generations: from the Gold Coast to the plantations of Mississippi, from the American Civil War to Jazz Age Harlem.

MARCH (Pacific Islands) – The Bone People by Keri Hulme (New Zealand-Maori) | Literary Fiction | 464 pgs. | $16.00 – Set in the harsh environment of the South Island beaches of New Zealand, this masterful story brings together three singular people in a trinity that reflects their country's varied heritage: Kerewin Holmes (part Maori, part European, asexual and aromantic—an artist estranged from her art, a woman in exile from her family); Simon (a speechless, mercurial boy who tries to steal from her and then repays her with his most precious possession); and Joe (Simon’s Maori foster father, who rescued him from a shipwreck and treats him with a mixture of tenderness and brutality). Winner of both a Booker Prize and Pegasus Prize for Literature.

APRIL (Middle East) – And the Mountains Echoed by Khaled Hosseini (Afghanistan and elsewhere) | Literary Fiction | 448 pgs. | $17.00 – In this tale revolving around not just parents and children but brothers and sisters, cousins and caretakers, Hosseini explores the many ways in which families nurture, wound, betray, honor, and sacrifice for one another; and how often we are surprised by the actions of those closest to us, at the times that matter most. Following its characters and the ramifications of their lives and choices and loves around the globe--from Kabul to Paris to San Francisco to the Greek island of Tinos--the story expands gradually outward, becoming more emotionally complex and powerful with each turning page.

MAY (Northern Asia) – The Honjin Murders by Seishi Yokomizo (Japan) | Mystery Thriller | 192 pgs. | $14.95 – In the winter of 1937, the village of Okamura is abuzz with excitement over the forthcoming wedding of a son of the grand Ichiyanagi family. But amid the gossip over the approaching festivities, there is also a worrying rumor - it seems a sinister masked man has been asking questions around the village. Then, on the night of the wedding, the Ichiyanagi household are woken by a terrible scream, followed by the sound of eerie music. Death has come to Okamura, leaving no trace but a bloody samurai sword, thrust into the pristine snow outside the house. Soon, amateur detective Kosuke Kindaichi is on the scene to investigate what will become a legendary murder case, but can this scruffy sleuth solve a seemingly impossible crime?

JUNE (Australia) – The Secret River by Kate Grenville (England and Australia) | Historical Fiction | 368 pgs. | $18.00 – London, 1806. William Thornhill, happily wedded to his childhood sweetheart Sal, is a waterman on the river Thames. Life is tough but bearable until William makes a mistake, a bad mistake for which he and his family are made to pay dearly. His sentence: to be transported to New South Wales for the term of his natural life. Soon Thornhill, a man no better or worse than most, must make the most difficult decision of his life.

JULY (Southeast Asia) – The Mountains Sing by Dr. Nguyên Phan Quê Mai (Vietnam) | Historical Fiction | 368 pgs. | $16.99 – An enveloping, multigenerational tale of the Trần family, set against the backdrop of the Việt Nam War. Trần Diệu Lan, who was born in 1920, was forced to flee her family farm with her six children during the Land Reform as the Communist government rose in the North. Years later in Hà Nội, her young granddaughter, Hương, comes of age as her parents and uncles head off down the Hồ Chí Minh Trail to fight in a conflict that tore apart not just her beloved country, but also her family. Steeped in the language and traditions of Việt Nam, The Mountains Sing brings to life the human costs of this conflict from the point of view of the Vietnamese people themselves, while showing us the true power of kindness and hope.

AUGUST (Western Europe) – Anxious People by Fredrik Backman (Sweden) | Literary Fiction (Humor) | 352 pgs. | $17.00 – Looking at real estate isn't usually a life-or-death situation, but an apartment open house becomes just that when a failed bank robber bursts in and takes hostage a group of strangers. The captives include a recently retired couple relentlessly hunting down fixer-uppers to avoid the painful truth that they can't fix their own marriage. There's a wealthy bank director too busy to care about anyone else and a young couple about to have their first child who can't seem to agree on anything. Add to the mix an eighty-seven-year-old woman who has lived long enough not to be afraid of someone waving a gun in her face, a flustered but still-ready-to-make-a-deal real estate agent, and a mystery man who has locked himself in the apartment's only bathroom, and you've got the worst group of hostages in the world.

SEPTEMBER (Central/South America) – Canción by Eduardo Halfon (Guatemala) | Literary Fiction | 160 pgs. | $17.99 – In Canción, Eduardo Halfon's eponymous wanderer is invited to a Lebanese writers' conference in Japan, where he reflects on his Jewish grandfather's multifaceted identity. To understand more about the cold, fateful day in January 1967 when his grandfather was abducted by Guatemalan guerillas, Halfon searches his childhood memories. Soon, chance encounters around the world lead to more clues about his grandfather's captors, including a butcher nicknamed "Canción" (or song). As a brutal and complex history emerges against the backdrop of the Guatemalan Civil War, Halfon finds echoes in the stories of a woman he meets in Japan whose grandfather survived the atomic bombing of Hiroshima. Through exquisite prose and intricate storytelling, Halfon exposes the atrocities of war and the effects silence and extreme violence have on family and identity.

OCTOBER (Eastern Europe) – The Orphanage by Serhiy Zhadan (Ukraine) | Literary Fiction | 336 pgs. | $18.00 – If every war needs its master chronicler, Ukraine has Serhiy Zhadan, one of Europe's most promising novelists. Recalling the brutal landscape of The Road and the wartime storytelling of A Farewell to Arms, The Orphanage is a searing novel that excavates the human collateral damage wrought by the ongoing conflict in eastern Ukraine. When hostile soldiers invade a neighboring city, Pasha, a thirty-five-year-old Ukrainian language teacher, sets out for the orphanage where his nephew Sasha lives, now in occupied territory. Venturing into combat zones, traversing shifting borders, and forging uneasy alliances along the way, Pasha realizes where his true loyalties lie in an increasingly desperate fight to rescue Sasha and bring him home. Written with a raw intensity, this is a deeply personal account of violence that will be remembered as the definitive novel of the war in Ukraine.

NOVEMBER (North America Indigenous) – Two Old Women by Velma Wallis (Athabascan Tribe – Alaska) | Literary Fiction | 160 pgs. | $15.00 – An award-winning, bestselling novel about two elderly Native American women who must fend for themselves during a harsh Alaskan winter. “Based on an Athabascan Indian legend passed along for many generations from mothers to daughters of the upper Yukon River Valley in Alaska, this is the suspenseful, shocking, ultimately inspirational tale of two old women abandoned by their tribe during a brutal winter famine. Though these women have been known to complain more than contribute, they now must either survive on their own or die trying. In simple but vivid detail, Wallis depicts a landscape and way of life that are at once merciless and starkly beautiful. In her old women, she has created two heroines of steely determination whose story of betrayal, friendship, community, and forgiveness speaks straight to the heart with clarity, sweetness, and wisdom (Ursula K. Le Guin).”

DECEMBER (South Asia) – What We Fed to the Manticore by Talia Lakshmi Kolluri (Various South Asian Countries) | Literary Fiction/Short Stories | 200 pgs. | $16.95 – Through nine emotionally vivid stories, all narrated from animal perspectives, this debut collection explores themes of environmentalism, conservation, identity, belonging, loss, and family with resounding heart and deep tenderness. In these pages, a faithful hound mourns the loss of the endangered rhino he swore to protect. Vultures seek meaning as they attend to the antelope that perished in Central Asia. A beloved donkey's loyalty to a zookeeper in Gaza is put to the ultimate test. And a wounded pigeon in Delhi finds an unlikely friend. In striking, immersive detail against the backdrop of an ever-changing international landscape, What We Fed to the Manticore speaks to the fears and joys of the creatures we share our world with, and ultimately places the reader under the rich canopy of the tree of life.

**To download this list or lists of past picks, plus some other recommended titles, please see the attached PDF documents below.

The Bone People: A Novel (Paperback)

And the Mountains Echoed (Paperback)

The Orphanage: A Novel (The Margellos World Republic of Letters) (Paperback)

What We Fed to the Manticore (Paperback)