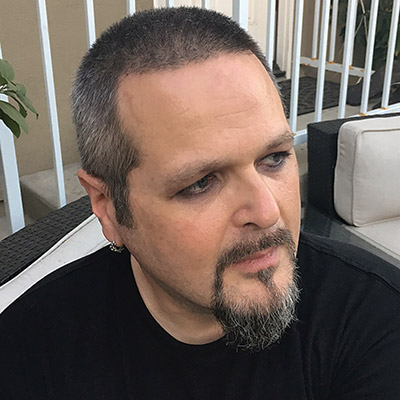 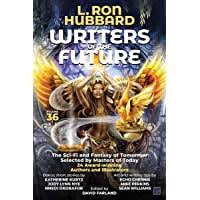 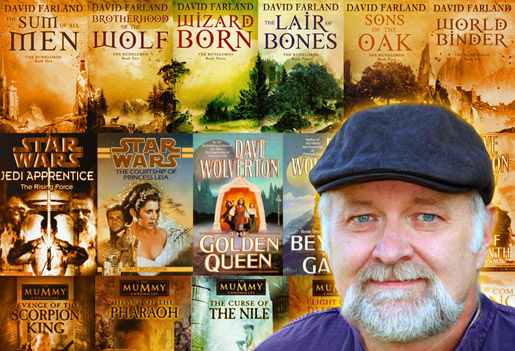 David's story, "Trading Ghosts," was one of the twelve winners in this year's contest. It's a rather unique piece of science fiction in that it poses questions of afterlife and religion, so expect the discussion to be deep. The winning illustrator paired with his story, Mohammad Hossein Matak, is Iranian and due to time differences can't join us for the event, but  we'll give a shout out to him and his work, as well. The anthology, edited by David Farland, also includes four short stories by L. Ron Hubbard, Katherine Kurtz, Jody Lynn Nye, and Nnedi Okorafor, along with art and writing tips by Echo Chernik, Mike Perkins, and Sean Williams.

REGISTER FOR THE EVENT HERE.

YOU MAY ORDER THE BOOK AND OTHER RELATED BOOKS BELOW.

David Elsensohn has been a sales representative for a toy store, a plumber's apprentice, a web designer, a spotlight operator, a production artist, a pizza maker, and a student, but enjoys coaxing language into pleasing arrangements more than any of these. He does make rather good sandwiches, he's told, and his chili recipe gets appreciative nods from friends.

He has been inspired by such language-coaxers as Tolkien, Howard, Leiber, Norton, and Gaiman, and aspires to bring heroic storytelling back to the forefront of fantasy fiction.

He lives with an inspirational wife and the ghost of a curmudgeonly black cat.

He can be reached at host@deadlounge.com.

Battlefield Earth: A Saga of the Year 3000 (Paperback)

Brotherhood of the Wolf (Paperback)

The Lair of Bones (Runelords #4) (Paperback)

Sons of the Oak (Runelords #5) (Paperback)