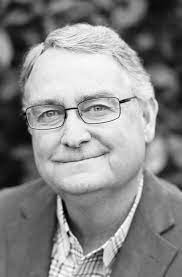 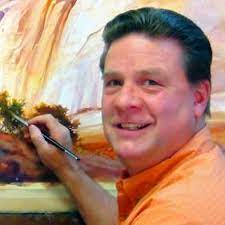 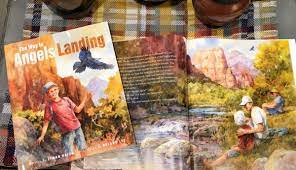 Lyman Hafen is well known to many Southern Utahns, having chronicled his life growing up here in several books. His latest, The Way to Angels Landing, is beautifully illustrated by local renowned artist Roland Lee, and would make a wonderful Christmas present for your children and grandchildren. Please join us Saturday evening, November 19th, at 7:30 to hear both the author and illustrator talk about how they teamed up to produce this one-of-a-kind picture book. They'll both be available to answer questions and sign copies afterward.

The Way to Angels Landing

It’s a children’s book for readers of all ages, featuring illustrations by the beloved artist Roland Lee, known as “The Painter of Zion.”

It’s the story of a boy who loved his grandfather. Every summer his parents took him on a journey across the dusty desert and through the towering canyons to visit Grandpa. Then one summer Grandpa said he was going away… to the most beautiful place anyone could imagine. On the way home they stopped in Zion Canyon where a raven showed the boy the way to the most beautiful place he had ever seen… a place very near to Heaven.

EVERY FAMILY SHOULD HAVE A COPY OF THIS BOOK!

Lyman Hafen is a native of St. George, Utah. He grew up on the southern edge of what was then a small town and as a boy developed a strong sense of place roaming the broken landscape and listening to the stories his father told.

He became a horseman on the family ranch in Clover Valley, Nevada, and was the 1973 Utah State High School Rodeo All Around Champion. He graduated from Dixie High School in 1973, and Dixie College, where he was also a member of the rodeo team, in 1977.

He served a mission for the Church of Jesus Christ of Latter-day Saints in Argentina from 1974-76.  He credits his English professor Ed Reber and his mentor Karl Brooks at Dixie College with turning his focus from riding to writing.

In 1977 the most important event in his life occurred when he married Debbie Frei of Santa Clara, Utah. Debbie has been a violin teacher and member of the Southwest Symphony since 1983.  They have six children and fourteen grandchildren.

Lyman graduated from Brigham Young University with a bachelor’s degree in Communications in 1979.  Since 1980, he has been a writer, editor, publisher, and active volunteer in community, state and national organizations. He was co-founder of St. George Magazine in 1983, and was its editor for 16 years. He continues to write a monthly column for the magazine chronicling the history, culture and personality of his fast-changing hometown.

He has written twelve books of fiction and nonfiction and his writing has been honored on several occasions by the Utah Arts Council.  He has written and directed three documentary films. He was appointed by Governor Jon Huntsman to the board of directors of the Utah Arts Council. Over the years he has written numerous articles for regional and national publications, and has served as publisher of important books including Portraits of Loss – Stories of Hope, which sparked the multi-million-dollar fundraising effort for victims of the 2005 Santa Clara-Virgin River Flood.

Since 1998, he has served as executive director of Zion Natural History Association in Zion National Park.  He founded the Zion Canyon Field Institute in 2003, and the Zion National Park Foundation in 2007. He has been a member of the board of directors of the Public Lands Alliance since 2010 and served as the president of that national organization from 2012 to 2014. Lyman looks back at his time at Dixie College as a turning point in his life. The same institution where his grandfather Arthur K. Hafen taught English, German, and Spanish for more than 40 years, is the place where he discovered a love for learning and literature, and came to terms with the idea that he would spend his life telling the compelling stories of this place to the world.

Roland Lee has become nationally known for his transparent watercolors of the southwest landscape, the pioneer west, and rural European scenes. A signature member of the National Watercolor Society, he devotes full-time to painting from his studio in the historic district of St. George, Utah.

Since 1979, Roland has concentrated on the medium of transparent watercolor using no white, black, or opaque paints. A graduate of Brigham Young University, he has exhibited and won awards in over 100 invitational juried shows including The National Watercolor Society, Watercolor West, the Transparent Watercolor Society of America,The Utah Watercolor Society, and Arts for the Parks Top 100. In 2014 he was awarded the Governor’s Mansion Medal from Utah Governor Gary Herbert for his contributions to the Arts in Utah.

Roland’s original paintings can be found in over 2000 public and private collections throughout the United States and in several foreign countries. His paintings are in the permanent collections of Dixie State University, Springville Museum of Art, St. George Art Museum, Southern Utah Museum of Art and several National Parks.

He is featured in the books, “The River Flows – Watercolors of the American West,” “Discovering Zion, A Pictorial Guide to Zion National Park”, “Art of the National Parks,” “Splash 11, Best of Watercolor” from Northlight Books, “Century of Sanctuary: Art of Zion National Park”, “Painting in Watercolor, the indispensable guide” from Quarto Press, “Contemporary Western Artists” by Peggy and Harold Samuels, “Painters of Utah’s Canyons and Deserts”by Donna Poulton and Vern Swanson, “Artists of Utah”, by Swanson, and “McKittrick’s Guide to Fine Art.”