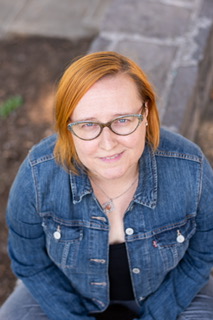 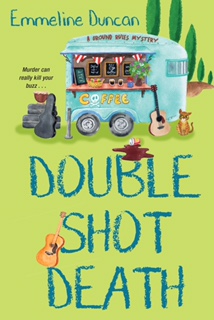 Sage Caplin is taking her Portland coffee cart on the road to a sustainable music festival, but murder is an unwanted special guest...

At Campathon, an annual eco-friendly festival held on a farm outside of Portland, fans celebrate the Pacific Northwest's music scene in quintessential PDX style--with gourmet food carts, reusable utensils...and lots of coffee. How else to get through three days of nonstop entertainment? Sage has scored a coveted place for her Ground Rules coffee cart thanks to her new-ish boyfriend, Bax, who's friendly with Maya, one of the musicians performing.

The festivities begin with a stream of customers, friends, and acquaintances stopping by for Ground Rules' world-class blends, expertly brewed by Sage and her newest barista. But there are tensions between Maya and her former bandmates, who are on the cusp of making it big, and with Ian, the band's manager. When Sage stumbles upon Ian's dead body in the nearby woods--his hand still clutching one of her coffee mugs--it's clear that someone's grudge boiled over into murder. Can Sage work out who's responsible before another innocent life fades out, and the curtain falls on Campathon, and maybe her own future, for good?

"A clever sleuth, music trivia, and plenty of West Coast vibes add up to an enjoyable read." - Kirkus

"The possible killers and motives are well juggled, and Duncan's writing is fresh and realistic. Readers will look forward to more with Sage and her coffee cart friends and family." - First Clue

Emmeline Duncan is a mystery writer based out of Portland, Oregon. Her novels include the Ground Rules series, starting with 2021’s Fresh Brewed Murder and followed by 2022’s Double Shot Death. She also writes YA novels as Kelly Garrett. Her debut YA, The Last To Die, was an Oregon Book Awards finalist and was re-issued by Sourcebooks Fire in November 2019. Kelly is also a 2020 Oregon Literary Fellow. Emmeline/Kelly is a board member of the Northwest Chapter of the Mystery Writers of America and co-organizes the Friends of Mystery’s Bloody Thursday lecture series. She’s also a member of Sisters-In-Crime, Willamette Writers, and SCBWI.