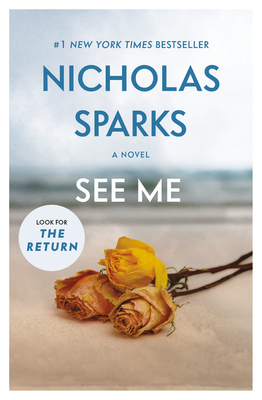 Colin Hancock is giving his second chance his best shot. At 28, he's focused only on walking a straight line - getting his teaching degree, working out at the gym religiously, and avoiding all the places and people that proved so destructive in his earlier life. The last thing he's looking for is a serious relationship. But when Maria Sanchez crosses paths with him on a rainswept night in North Carolina, his plans are upended in a way that will rattle the foundations of his carefully structured life. As for Maria, the hardworking lawyer and daughter of Mexican immigrants, Colin will challenge every notion she's ever had about herself and her future, making her question what truly makes her happy.
Before the couple has a chance to envision what a life together might look like, however, menacing reminders of events in Maria's past begin to surface. And as the threat of violence begins to shadow her every step, she and Colin will be tested in increasingly terrifying ways. Will demons from their past destroy the tentative bonds they have forged, or will their love protect them, even in the darkest hour?
SEE ME is a story of obsession, reinvention and a love that defies every expectation, reminding us that destiny often rests in our own hands-even in matters of the heart.

With over 100 million copies of his books sold, Nicholas Sparks is one of the world's most beloved storytellers. His novels include 12 #1 "New York Times" bestsellers. All his books have been "New York Times" and international bestsellers, and were translated into more than 50 languages. Ten Sparks novels have been adapted into major motion pictures, with "The Choice" coming in February 2016.