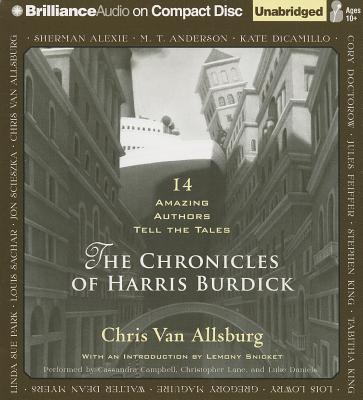 For more than twenty-five years, readers have been puzzling over the illustrations by this enigmatic artist. Thousands of children have been inspired to weave their own stories to go with his intriguingly titled pictures. And now, some of our most imaginative storytellers attempt to solve the perplexing mysteries of Harris Burdick.

Enter The Chronicles of Harris Burdick to read this incredible compendium of stories: magical, funny, creepy, poignant, inscrutable, these are tales you won't soon forget.