The Castle of Llyr: The Chronicles of Prydain, Book 3 (Paperback) 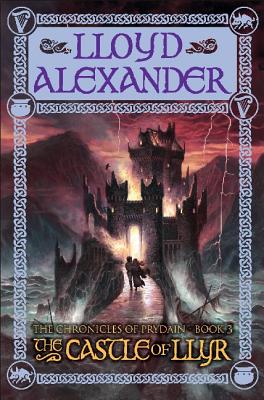 The Castle of Llyr by Lloyd Alexander, Book Three in The Chronicles of Prydain

Princess Eilonwy hates to leave her friend Taran, Assistant Pig-Keeper, and her beloved home, Caer Dallben. Why does she have to go to the Isle of Mona to train as a proper lady when she's already a princess? But Eilonwy soon faces much more than the ordeal of becoming a dignified young maiden, for she possesses magical powers sought by the evil enchantress Queen Achren.

When Eilonwy is put under a deep spell, Taran and his companions set out on a dangerous quest to rescue her. Yet how can a lowly Assistant Pig-Keeper hope to stand against the most evil enchantress in all of Prydain?

“Character and dialogue is handled humorously and dextrously, which sets this classic-in-the-making apart from other folklore-based fantasies.” —Kirkus Reviews (Starred Review)