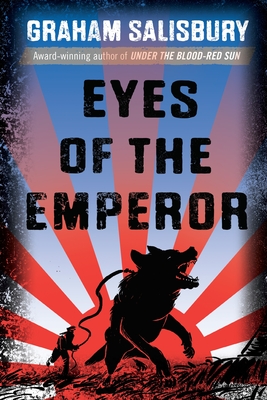 By Graham Salisbury
Email or call for price

Eddy Okubo lies about his age and joins the army in his hometown of Honolulu only weeks before the Japanese bomb Pearl Harbor. Suddenly Americans see him as the enemy—even the U.S. Army doubts the loyalty of Japanese American soldiers.

Then the army sends Eddy and a small band of Japanese American soldiers on a secret mission to a small island off the coast of Mississippi. Here they are given a special job, one that only they can do. Eddy’s going to help train attack dogs. He’s going to be the bait.

Graham Salisbury is the author of several novels. He lives in Portland, Oregon.